FoNF response to the Consultation on the proposed cycle/walking superhighway

As a group we have major concerns about the cycle path / superhighway that has been proposed to run through Nant Fawr. This would likely be four metres wide, lit and tarmacked. Though we understand and agree with a general push towards cycling and reduced car use, we have several concerns – including:

The full response from Friends of Nant Fawr to the Active Travel Network Map consultation can be seen HERE (the pages are also posted below as image files). The docs version, which is easier to copy text from, is HERE.

Responses are welcomed by 31 October 2021 and if you would like to respond to the consultation yourself then please click HERE. 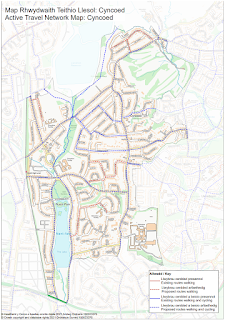 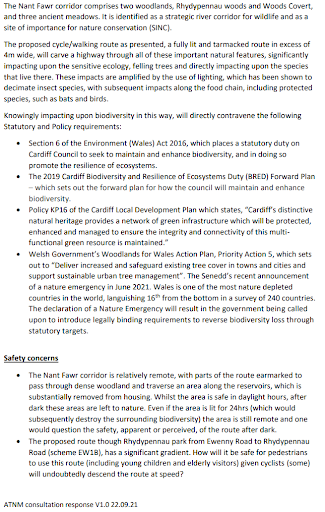 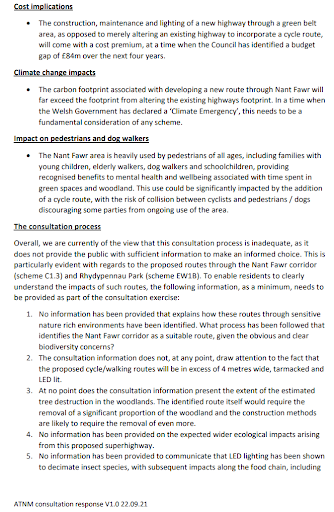 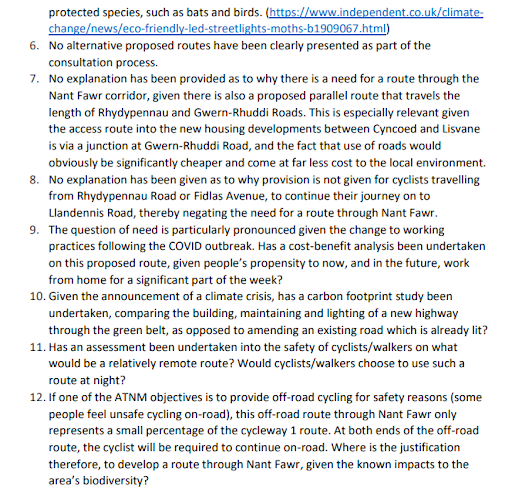